When I am coding, I use the terminal a lot. Over the time, I have tried out different popular shells1: bash, zsh, and fish. For around one year now, I have settled for the fish shell. In this post, I want to explain how I got there, why I am very happy with fish, and how I have configured it.

This is how my shell looks right now: 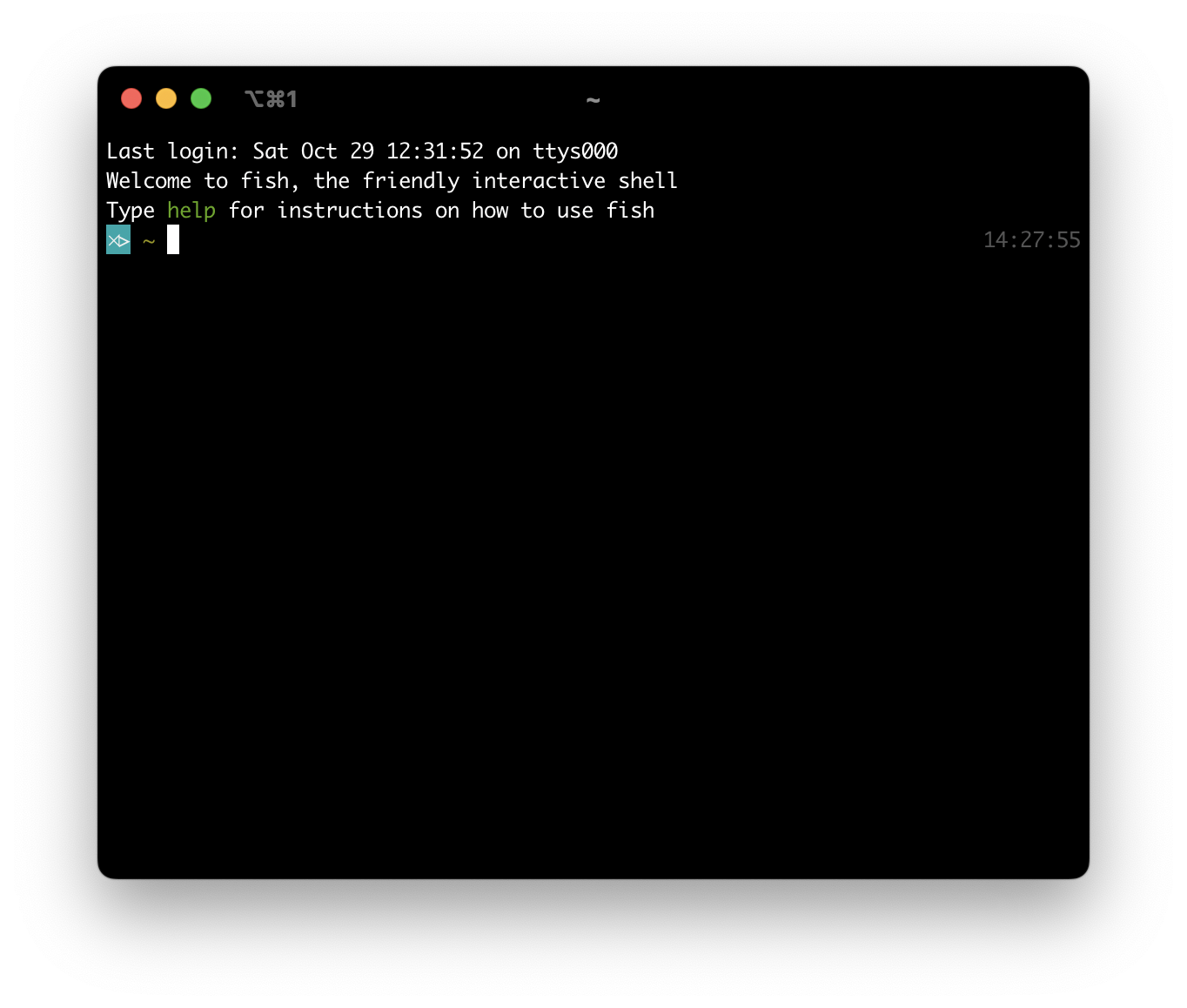 If you are not sure which shell is the default on your system, look at the output of this command2:

If you are using Linux, this most likely will be bash. On macOS, the default is zsh3.

When I started using the terminal on Linux, I just used what was there: Bash. Basically all tutorials in the internet assume that you are using it, so copy-pasting commands from StackOverflow just worked.

Over time, I realized I was typing too much. I learned about the shortcut Ctrl+R to do a reverse/backwards search in history (I could not live without this shortcut anymore…). But looking at the shells of other students, I saw that their shells (a) looked nicer, and (b) automatically suggested command completions as they were typing. I wanted this, too! This is how it looks like:

I learned that auto-suggestions were a plugin for oh-my-zsh, a customization framework for zsh. So I switched to zsh with oh-my-zsh and installed the zsh-autosuggestions plugin.

Bonus: oh-my-zsh is bundled with a lot of other plugins & themes, and you can simply enable them. For example, there is the z plugin: With the new command z, you can quickly jump to frequently-used directories by just typing parts of the directory path:

Also, its default theme, “robbyrussell”, is pretty great. It not just looks very nice, it is also useful: For example, it displays whether the current directory is tracked by git, and shows the name of the branch you are currently at. 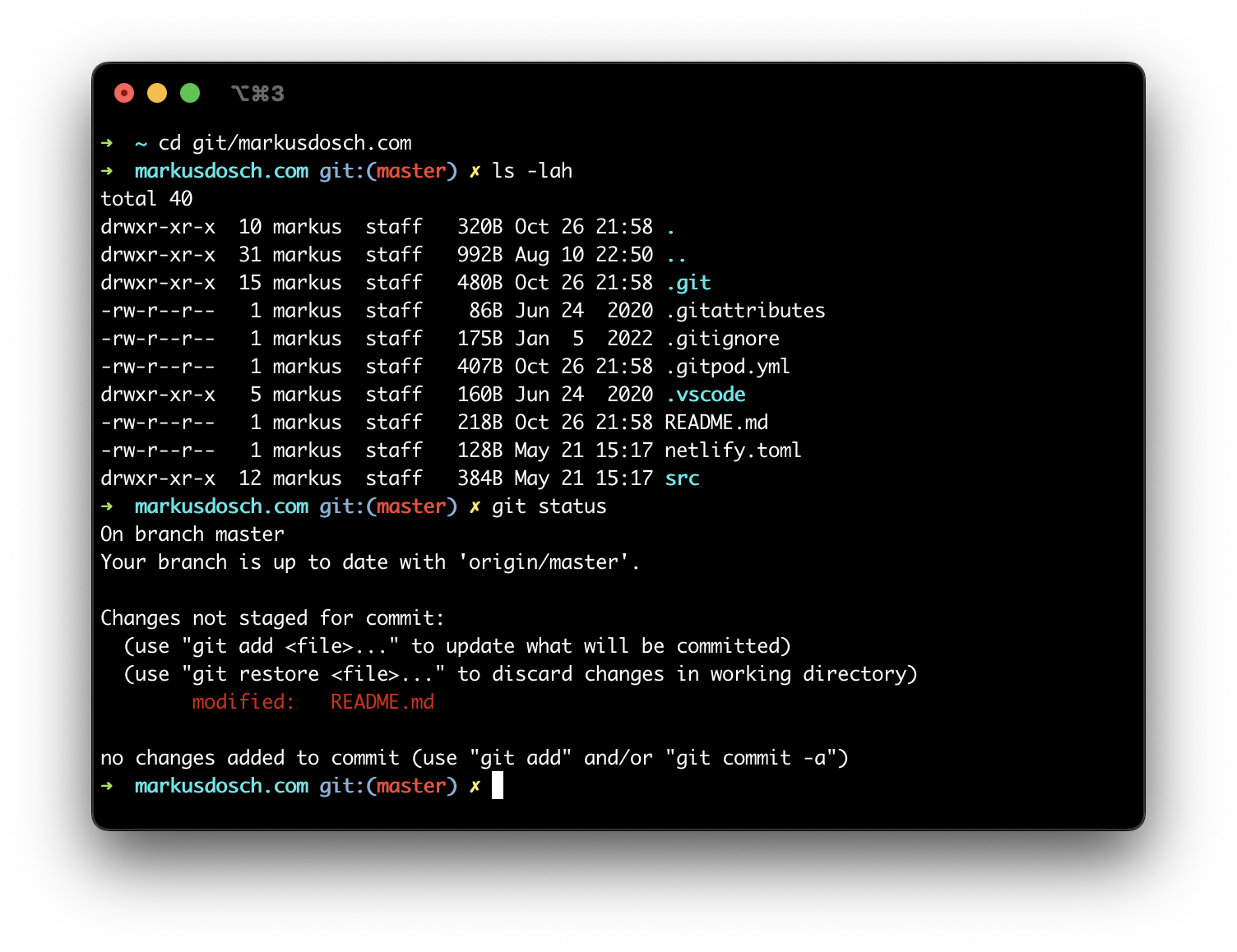 By switching from bash to zsh, you need to be aware that the command syntax is not 100% the same. The most important difference I observed is related to filename expansion, also called “globbing”.

If you execute this command in a directory with two files or folders called bla and blub, the output for bash and zsh will be the same:

But if you execute this command in a directory without any matching file (e.g. an empty directory), the output will be different:

If no files match the expression, bash will simply pass the glob expression as text to the command. zsh instead will fail the whole execution without executing the command at all.

I think zsh’s behaviour is pretty reasonable. But some commands found in the internet will expect the glob expression to get passed to the command. So the command won’t work in zsh.

This works in both bash and zsh. Here are some StackOverflow discussions where this was the issue: One related to rsync, and one related to rm.

Works Out of the Box: Switching to fish

My setup with zsh & oh-my-zsh worked well for me for a couple of years and I still recommend it without hesitation. But then I got to know the fish shell. Fish’s main advantage for me is: It comes with much more features out of the box, and does many things smarter, without any extra package or configuration.

Fish’s tab completions are much smarter and helpful than the ones in bash or zsh. See this screenshot - in all shells, I have typed git com, followed by a Tab:

As you can see, bash did not complete my command at all. I likely could install a package for that (maybe bash-completion?), but there was no completion out of the box. Zsh did complete the word commit, but did not offer any help besides that. Fish did complete commit as well, and in addition, it mentions that there are multiple commands that start with commit: commit and commits-since, including a short description of each one. Especially interesting: The commits-since command is not part of the normal git installation, but is available because I have git-extras installed, a collection of useful utilities for git. So fish is aware of these extra utility commands, and suggests them as well. How cool is that!? 😀

Fish goes one more step further. It can complete command arguments, too, including descriptions of what an argument does: 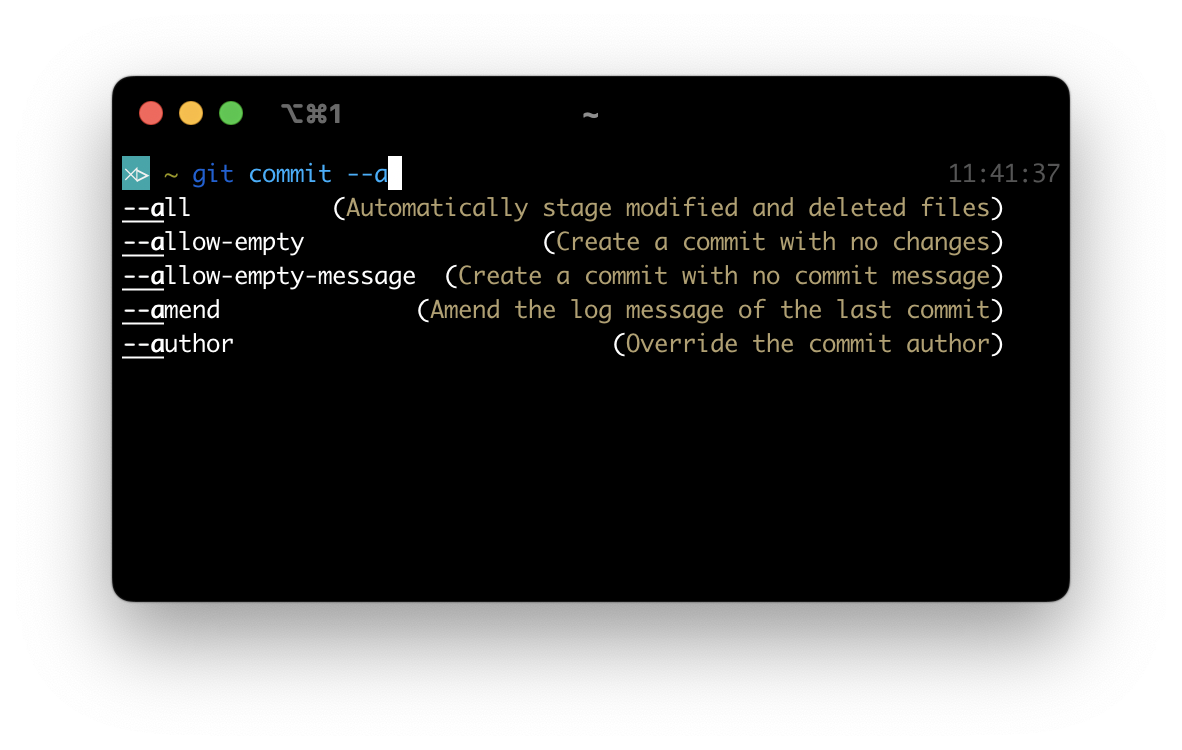 I am pretty sure I could somehow configure bash or zsh to provide me with argument completions, too - but with fish, it just works out of the box. As far as I understand it, fish does that by parsing a commands man pages, and automatically generating the tab completions from that - without the need for extra packages that provide completions for specific commands.

Another neat feature in fish is its syntax highlighting. If a command has an error (e.g. because you have a typo in the tool you want to call, or because a file path does not exist), it marks the command in red: 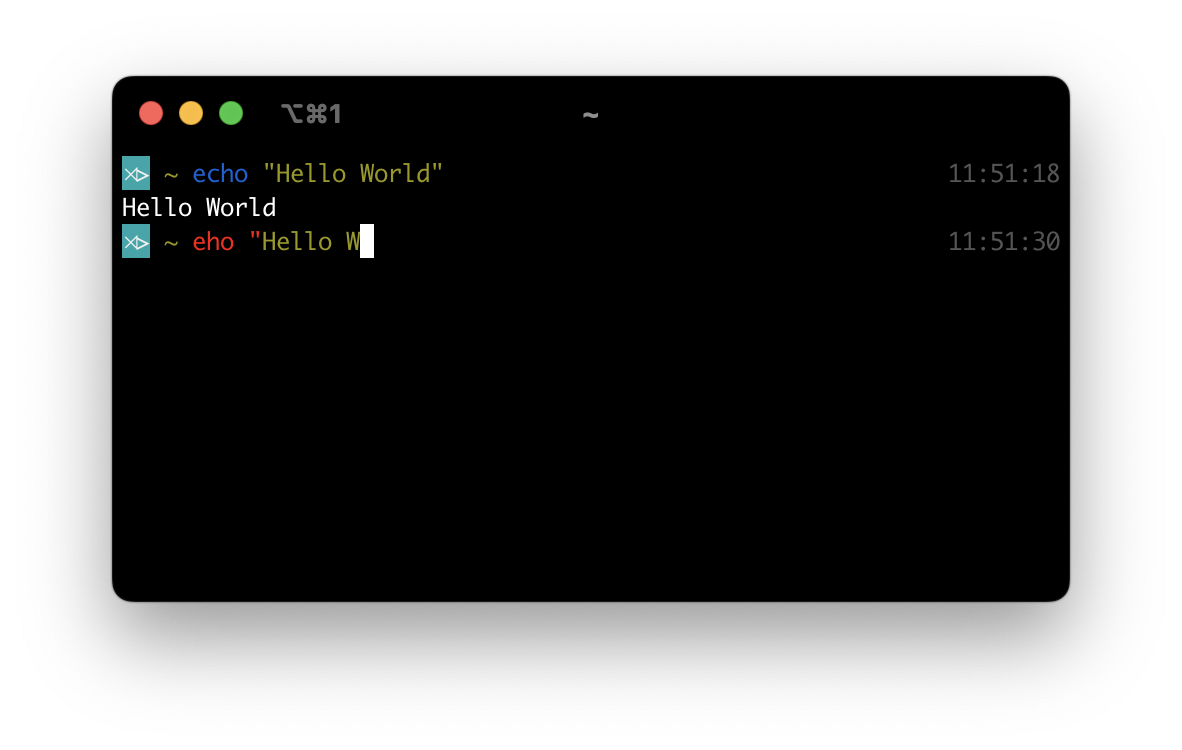 My additional configuration for fish

Fish works really well out of the box. Over the time, I still have configured it a bit to fit my needs:

One thing to keep in mind with fish: While zsh is pretty close to bash regarding syntax and how to configure it (.bashrc & .zshrc), fish does more things differently. One thing that I have to look up regularly: Settings environment variables.

Most often, you will want to add directories to the PATH variable. For that, there is a special command, fish_add_path, that does that & persists the change accross sessions:

For other cases of setting environment variables, it is very helpful to read into fish’s different “variables scopes”, and then closely read the documentation of the set command.

One more thing to keep in mind: Fish’s config files are located in ~/.config/fish, not directly in ~. Most important is the config.fish file, that gets executed for every new session. So, this file is roughly similar to bash’s .bashrc and zsh’s .zshrc.

Regarding resources on learning to use fish, I can recommend the Fish shell playground (includes an in-browser terminal to play around with fish!), and the fish documentation and help pages. Good to know: By executing the command help in your fish shell, it will open the fish manual in a browser window. This also works with specific fish commands, e.g. help set. To see the documentation in the terminal, use man [command].

So, this is the story on how I ended up with my current shell setup. I am very happy with it - by using fish, most of the features come out of the box, and features like autosuggest & smart tab-completion really make it feel that the shell is helping me throughout my day. I hope that this post helps you in improving your shell setup, and helps you become more productive in the terminal! 🐠